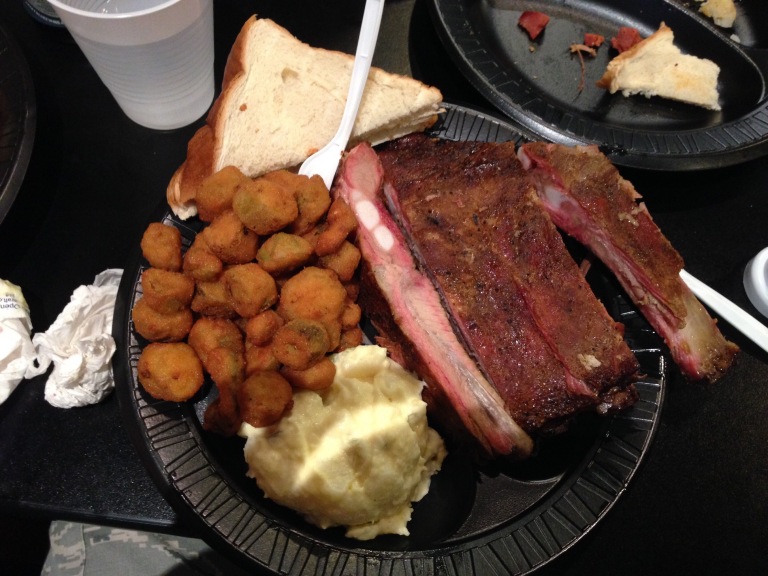 In Colorado Springs there is a dearth of homestyle cooking let alone smoked BBQ. One of the few places that I’ve found that I can see myself going to again is Bird Dog BBQ. Consistently voted by the CS Gazette as the Best BBQ in the City since 2007, they tout an Oklahoma style of smoking trimmed lean meats with oak wood. House made sauces come on the side, so at the bare minimum, they do not shy away from the challenge that their smoked product should be able to stand on its own.

It passes this challenge but without any real gusto or signature. The “lean” cuts of meat were perhaps a little too lean when it can to the baby backs that I ordered. They were thin and a little dry, even becoming a little crispy in the thinnest areas.  Maybe its just me but I like a little fat infusion in my meats.

Solid side options. Not too many places in the West where you’ll see fried okra, but hey this wouldn’t be Oklahoma ‘cue if it wasn’t on the menu. Like some of my favorite places they offer a corn cob.

While not legendary like some of my favorite hog haunts, Bird Dog will definitely satisfy your craving enough if you’re just passing through the Springs, or on one of those days when you’re not up to smoking it yourself. 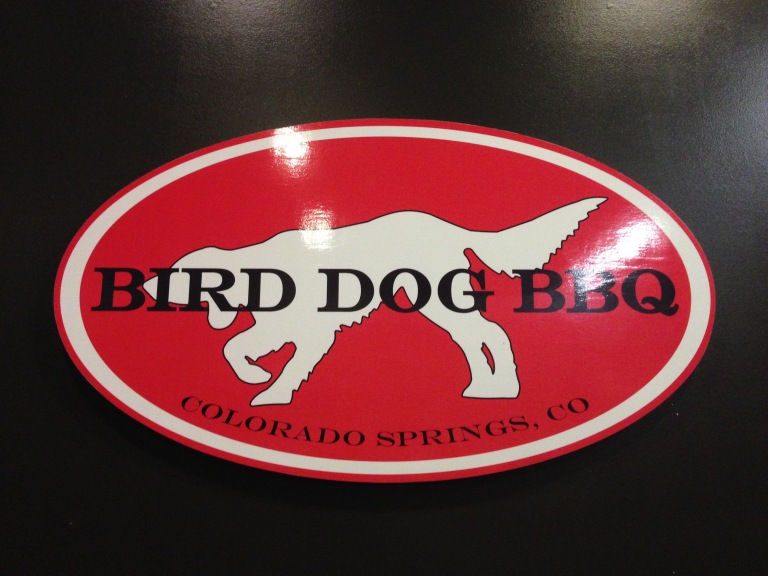